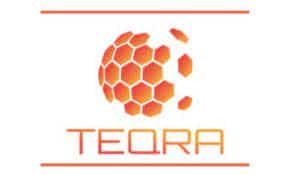 Scammers have maintained a sense of fear in everyone’s mind now. By infiltrating most of the industries and luring their victims out to steal all the money, scammers have their own ways of getting the desired money out of the innocent. Due to this grave issue, the financial industry has also been considered dangerous by many. Because of the fear of getting scammed by one of the hundreds of scam brokers working in the market, many people do not even try trading or investing. If you are also one of the many people who are afraid of entering the industry because of the scam brokers, we are here to help you out. Apart from helping scam victims in the fund recovery process by providing viable solutions, we also publish broker reviews every day to help you in identifying the scam brokers from the regulated ones. In today’s review, we will be investigating Teqra. To know more, read the full Teqra review.

In this section, we will be specifically talking about all the red flags that are hidden by Teqra.

Is Teqra regulated by any of the regulators?

A regulation basically means the issue of license by a regulator which showcases that a brokerage firm is legitimate and won’t attempt to scam anyone. Such regulated brokerage firms are always under the supervision of the regulation and therefore, your money is also safe with them. However, getting a license is not that easy. The companies have to go through a rigorous set of tests to issue a license and all the scam brokers fail these tests. In our case, while checking on the website of Teqra, we failed to find any license or even a statement about the regulation of the company. When we checked with the regulations as well, it was revealed that Teqra is UNREGULATED. Unregulated brokerage firms are never a good sign. This serves as the first red flag in this Teqra review.

Is Teqra blacklisted by any regulator?

Blacklisting is another technique that regulators use in order to help alert the traders about the scam brokers lurking in the market. These regulations issue warnings against the company and ask their citizens to stay away from the blacklisted brokerage firm. Teqra has also been blacklisted by one of the regulators. The CNMV issued a warning against Teqra stating that the company is unregulated and therefore is not safe at all for the public.

What customer support does Teqra provide to their customers?

Another shocking revelation about Teqra is that the company does not even provide customer support to its traders. The company enlists an email id but despite repeated emails to the given id, we did not even receive one reply. Teqra does not even provide us with a phone number to contact them. This is a clear indication of the Teqra scam in this Teqra review.

Conclusion: Is Teqra a scam broker or legit?

To conclude, we can safely say that Teqra is a potential scammer. We want our readers to trade or invest with Teqra.