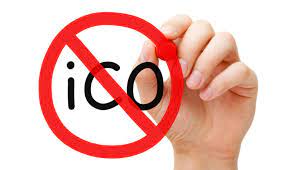 With the financial market opening up new fronts for the people to explore and adapt to the new ways of earning a passive income, the world has been acquainted with newer and more digital-friendly methods of trading. You must have noticed by the title that in this review we will be discussing the yet new world of cryptocurrency and ICOs, and how this sector, however new, is being attacked by the scammers. Initial Coin Offerings or the ICO are mainly used by various companies and startups for fundraising purposes. The organizations that are in the early stage of curating a new crypto coin or services such as an app, launch their ICO as a way to earn money for their project. ICOs are mostly used by newer businesses and young start-ups due to the risk element aligned with them. However brilliant the idea of ICOs seems, the scammers have yet again polluted this industry and made it dangerous for the customers to invest freely. In this review, we will be discussing some of the most common ICO scams that have been very successful in scamming various people around the world.

The Fleeing Away Scams

In such types of scams, the scammers pretend to be from a startup company and launch an ICO for their fake cryptocurrency coin or app. They pitch their fake ideas to the customers and raise funds for the ICO in this process. After collecting a desired amount of money from innocent customers, these scammers flee without a trace. According to some reports, an amount as high as $100 million was stolen in such a manner in 2018.

In this type of scam, the scammers lie to unsuspecting people by promising them exciting rewards and offers in exchange for the promotion of their fake ICO. Lured in by the irresistible offers, these people promote the ICO which in turn brings in more money to the scammers.

In plagiarised scams, the scammers derive the white paper of Legit ICOs, plagiarise the content and use it for their fake ICOs. This type of scam specifically targets those who read the documents carefully. One must always make sure that the company offering an ICO is legit by making a background check.

Another way where the scammers target legitimate companies and their ICO is by creating a replica of their URL and scamming people. In such a method, the scammers create a URL that is almost identical to the real URL and create a fake website to convince the customers.

How to Avoid ICO Scams?

> Read the documents carefully.
> Thoroughly understand the working of the company and the team
> Read The whitepaper provided carefully and crosscheck the details.

If you have been scammed by any such ICO Scam, do not be embarrassed. It can happen to anyone. Do not sit quietly and let the scammers exploit your hard-earned money. Report Now and get instant solutions for fund recovery only with ReportScams.