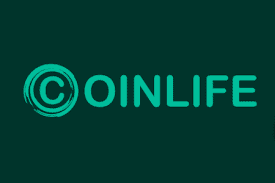 With the latest technology at our fingertips, scam brokers have become even harder to identify and stay away from. Despite the industry being under the strict vigilance of the regulators, many scam brokers manage to infiltrate the market and prey on unsuspecting traders. We cannot see you suffer like this and as a solution, we bring to you detailed reviews of potential scam brokers for you to decide and move forward with. Read on to know more about Coinlife.io in this detailed Coinlife.io review.

One of the most important parameters that one must check while looking for a brokerage firm to trade with is Regulation. Regulation not only provides security to the citizens’ money but also prevents traders from getting into possible debt traps. In our case, Coinlife.io claims to be registered in the Commonwealth of Dominica, an offshore zone. Furthermore, Coinlife.io claims to be owned and operated by another company that goes by the name, PivoTech Global. Even though this might not sound strange to you, what follows definitely will!
Another offshore and potential scam broker, SuperFive also claims to be owned and operated by PivoTech Global. This company, however, is supposedly based in Saint Vincent and the Grenadines, yet another offshore zone.
This raises a red flag against both Coinlife.io and its alleged parent company.

It is bad when a brokerage firm does not have regulation, it is worse when the company is blacklisted by the regulators. Coinlife.io has been issued two warnings by two of the top-tier regulators across the globe. The Financial Conduct Authority, commonly known as FCA, of the United Kingdoms, has issued a warning against Coinlife.io stating it to be an unauthorized firm. FCA further alerts its citizens and asks them to stay away from this broker.
Coinlife.io is blacklisted by the European financial regulator who claims the company to be an unauthorized firm and a possible scam.

Just like the name suggests, minimum deposits are usually asked in very small quantities by legitimate brokers whereas the scam brokers contradict this fact. They opt for high minimum deposits to increase the amount of money that they are stealing from the victims. In our case,Coinlife.io demands a minimum deposit of $200 which is clearly high. This raises yet another red flag against Coinlife.io.

Conclusion: Is it a scam or legit?

To sum up, all that has been stated above, we can say that Coinlife.io is a potential scam. We request our readers to stay away from this brokerage firm and protect their money.